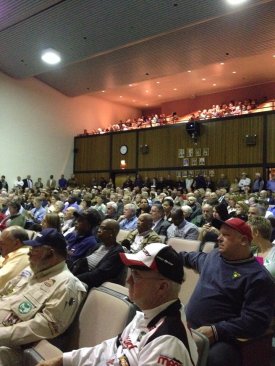 One of the major takeaways from the hearing was that the citizens of Charles County are furious about the development lobby’s plan for the county.

It should be noted that Candice Quinn Kelly (Commissioner President) and Commissioner Ken Robinson have been outspoken in their opposition to the plan. Meanwhile, the other Commissioners (Bobby Rucci, Debra Davis and Reuben Collins) continue to rack up a consistent record of voting against the interests of citizens and for the development lobby’s awful plan for our county.

Some important facts to consider:

Of all the counties in Maryland, Charles County has the highest property taxes, the longest average commute time and the largest percentage of students in portable school trailers. Unfortunately, the draft comprehensive plan is going to make these problems worse, not better. This awful growth plan reflects the interests of a small, well-connected group of land speculators and developers and was recently slammed in a letter by thirteen Maryland cabinet secretaries.

The people of Charles County want and deserve a vastly different future than the plan championed by developers!